My dad was one of those young men who fought in WWII against Nazi Germany and fascism. He saw theater in Italy and even the execution of Mussolini.(We heard the story enough times). While he was off fighting for the freedom of the world,mom was back home waiting for him in a country hopeful that they would defeat Nazi Germany and the war would finally end.

Back here food was rationed and people made enormous sacrifices to help the war effort.There was no short supply of patriotism. There was a lot at stake in this war.We had to win.

Dad was one of the fortunate ones who came back. He married mom and they started their life together.There was no generation like theirs.Both mom and dad knew the meaning of sacrifice-of putting others before self.They were tough. They had been through a lot.

Their freedom came at a price. The flag was the symbol of everything good about our country.When these people pledged allegiance to the United States they understood perfectly well you couldn’t take your homeland for granted.They had thought the ocean between our country and the rest of the world guaranteed they’d be undisturbed.Pearl Harbor changed everything.

Young people of that era grew up quickly.Yet,they waited until they got married to be intimate. Divorce was a bad word in those days.My mom & dad were 2 of those people who waited for marriage even knowing he might not come back from the war.I couldn’t imagine the people of that era burning the flag or taking a knee during the anthem. They tried to pass onto the next generation the values that got them through those times.

Let’s not forget they had survived the Great Depression prior to WWII. My dad had to quit school in 8th grade to take jobs so he could help out his family.He spent his whole life working.He wasn’t one to sit still,even after retirement.

He always had to be doing something.The one thing he enjoyed most was his garden. The people from his era probably remember how everyone and his brother had a garden back in the day. It wasn’t a hobby.You could feed your family.

On Sundays-the one day dad would not let you so much as mow the lawn-we went to church.
They were people of faith. I don’t remember anyone in our neighborhood who did not go to church. My parents were devout Catholics.
The Greatest Generation had strong faith,timeless principles and unabashed patriotism.They knew that nothing was going to be handed to them.There’s so few of them left. I wonder if they don’t look at our country today and worry that the present generation has forsaken it all and [that] the next generation won’t even know.

They courageously gave their lives fighting Hitler and the Nazis so today’s millennials can call everyone they don’t like Hitler and Nazis. #DDay75Anniversary pic.twitter.com/TYVVZ3ysAB 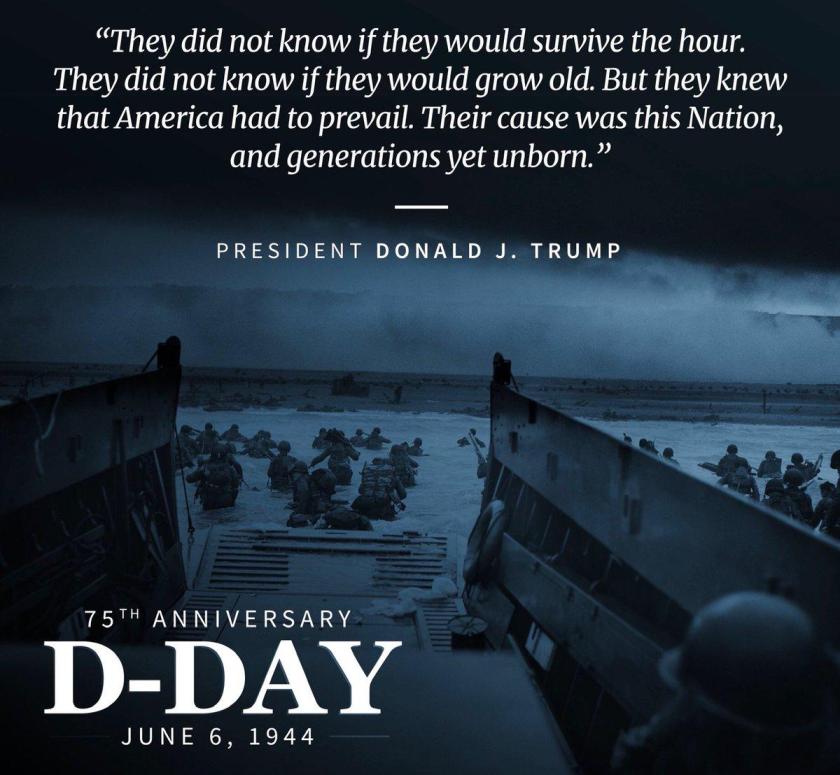 Dad’s last request was for us to get a new flag and put it on display for the 4th of July.Mom made sure he got one and we put it up on their front porch. Dad passed away on July 23rd.

Editor says #AceNewsDesk reports & #Brittius says are provided by Sterling Publishing & Media News and all our posts, links can be found at here Live Feeds https://acenewsroom.wordpress.com/ Ace News Services Posts https://t.me/AceSocialNews_Bot and thanks for following as always appreciate every like, reblog or retweet and free help and guidance tips on your PC software or need help & guidance from our experts AcePCHelp.WordPress.Com or you can follow our breaking news posts on AceBreakingNews.WordPress.Com or become a member on Telegram https://t.me/acebreakingnews all private chat messaging on here https://t.me/sharingandcaring

Add your ten cents, or pennies worth but be civil to others. Thanks Cancel reply